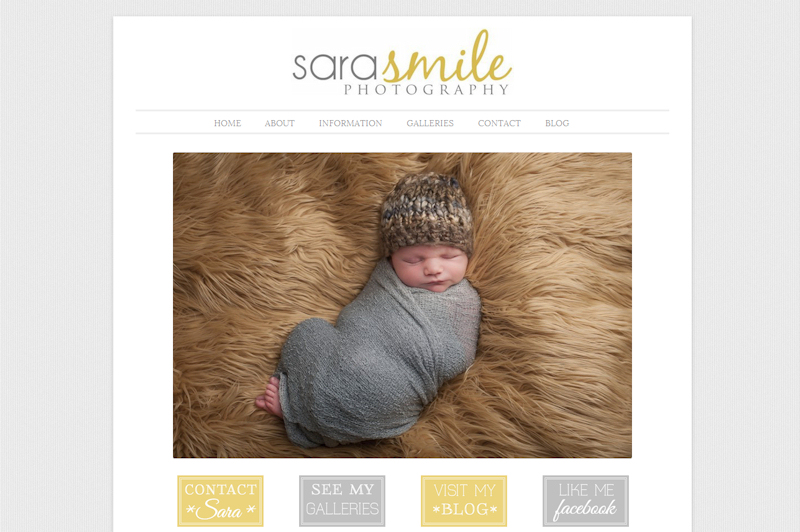 Sara had been meaning to update her website for some time, but this suddenly became more urgent when she realised that her site had been hacked. An unpleasant advert was appearing at the top of her home page.

She asked some friends for their honest opinions of her current site, which is shown below. Her friends said that they liked her colour scheme and logo, although they thought that the logo was a bit big. They felt that the background pattern was rather overwhelming and Sara agreed that she wanted something simpler. 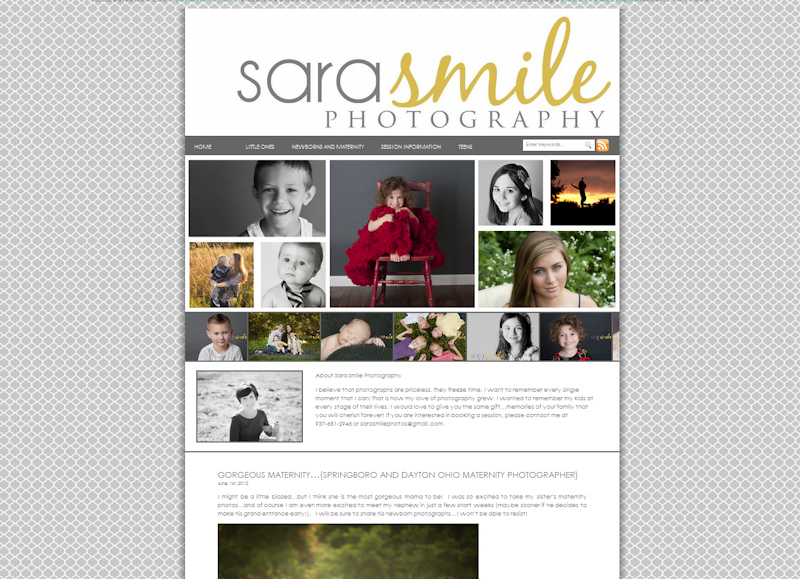 Sara stressed that she wanted her new site to “look like a website, not a blog” – in other words, she did not want her blog posts to appear on the homepage. She gave me the links to several other photographers’ websites that she liked. These all had a similar layout, with a slideshow of photographs on the homepage and the blog on a separate page, accessed via a menu at the top. Sara was also keen to have a row of decorative buttons under the slideshow.

I decided to base Sara’s new site on the Twenty Twelve theme because it is clean, simple and responsive – which means that it works on small screens such as tablets. I installed a plugin for the slideshow and was able to get some way towards the look that Sara was after by using a more subtle background pattern, changing the fonts and including the buttons she wanted. This gave the result shown below. 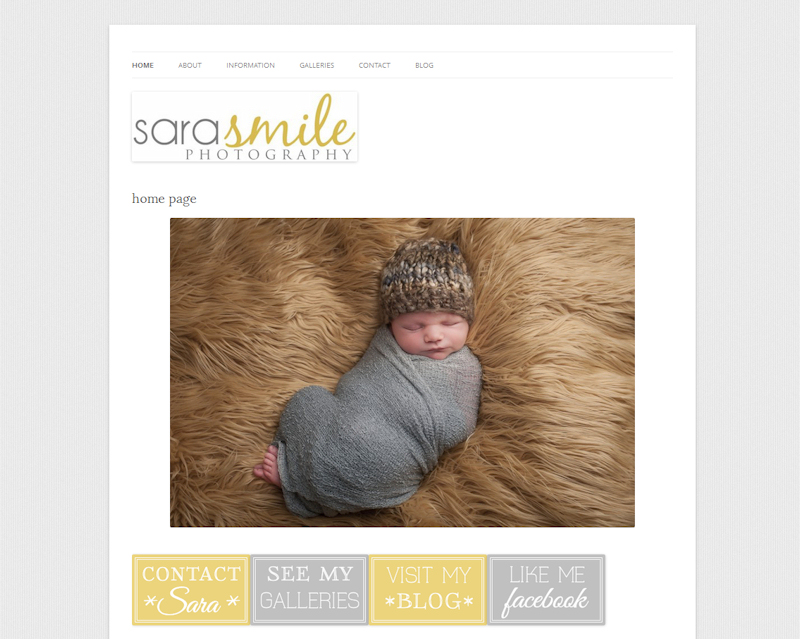 However, this still needed some tweaking to make it look right, so I wrote a child theme to change the style of the site. You can see a screen print of Sara’s new site below, and can visit the live site at www.sarasmilephotos.com

I am SO happy with my site Jane! You did such a great job! Thanks again! – Sara Kopittke