Whenever a photograph is taken, a decision has to be made about how much light is needed to achieve an acceptable exposure.

Often the camera will automatically select a shutter speed, aperture and ISO to control this. However, the photographer may decide to select one or more of these variables themselves.

These pictures of a flower bed were all taken in aperture priority mode at 50mm (on a cropped sensor) with ISO 200. Alternatively, I could have used manual exposure mode (M on the dial) and chosen both the aperture and shutter speed myself. Aperture priority mode is sometimes known as a “semi-automatic” mode because the camera makes some of the decisions about the settings (i.e. it chooses the shutter speed). If you are going to use aperture priority mode, you should ensure that you are familiar with the concept of exposure compensation (discussed further on in this article).

With an aperture of f2.8, my camera has chosen a shutter speed of 1/250 second. The depth of field is fairly shallow – only the front plant is in focus. (Note that aperture is not the only factor affecting the d.o.f. – focal length and the distance between the camera and the subject also play a part.) At f5.6, my aperture has been closed down by 2 full stops so the shutter has to stay open for approximately 4 times as long as before. This results in a shutter speed of 1/60 second. The depth of field at this narrower aperture has increased, meaning that the background is less blurred. 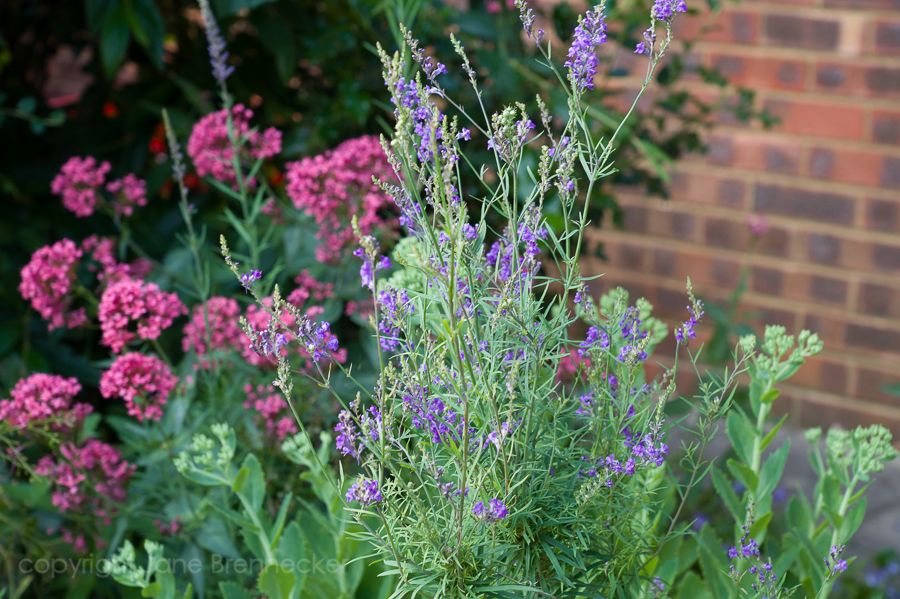 At f8 the depth of field is even greater, but my shutter speed has halved again – to 1/30 second. By f16 (2 more stops) the d.o.f. has increased again, so that the brick wall is coming into focus. But my shutter speed is down to 1/8 second so I am seeing motion blur from the plants blowing around in the breeze. I was crouched down here, in a fairly stable position, but at these sort of shutter speeds it’s a good idea to use a tripod to reduce the risk of camera shake. (Note: this risk is greater for longer focal lengths.) 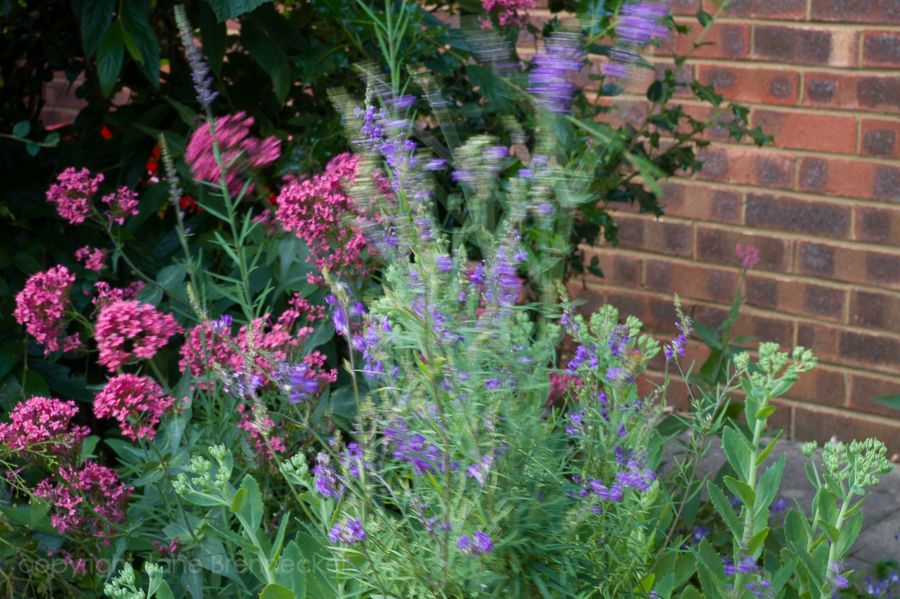 For this exercise, I’ve been using a metering mode of Multi Segment (also known as “Evaluative”, “Matrix” or “Multi-zone” metering. It’s likely to be the default metering mode that was set when you bought the camera). Because my scene mainly consists of mid tones, this metering mode has resulted in reasonably well exposed images.

But what happens when your scene is dominated by dark or light tones?

Here’s a photo of a dark scene, taken at ISO 400 with an aperture of f4 and a shutter speed of only 1/3 second (hence the blur due to camera shake). 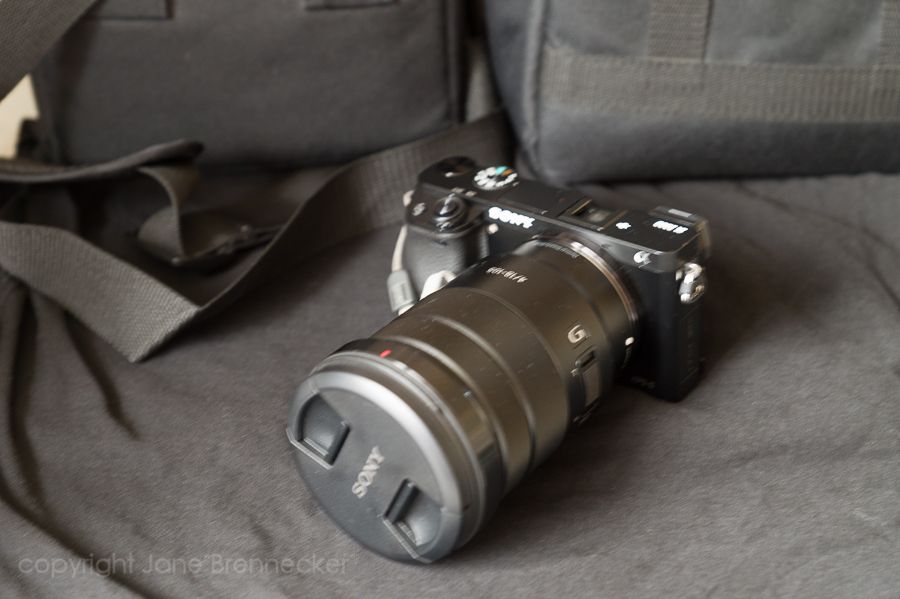 I’ve managed to confuse my camera. It had no idea that I wanted the scene to look dark so it used a slower shutter speed to allow more time for light to be collected by the sensor, resulting in a brighter picture. This photo looks over exposed, given that I know everything in it should be black (except for the white writing on the camera which has turned out to be too bright.)

Modern cameras are pretty sophisticated and it’s getting harder to fool them, but they can still be confused in unusual situations. If it has no other reason to expect a dark scene, then the camera will assume that the photo should contain a normal amount of mid-tones, and will choose its settings accordingly.

Here’s the histogram for that photo. Although the pixels are generally on the left hand side of the graph, there are very few true blacks. 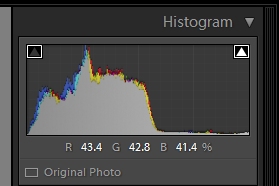 The answer is to dial in some negative compensation to tell the camera that I want the photo to turn out darker than it thinks it should. It may be necessary to experiment a bit to decide how much compensation to use.

With negative exposure compensation, the photo turned out more like it looked in real life. This is f4 at 1/8 second. 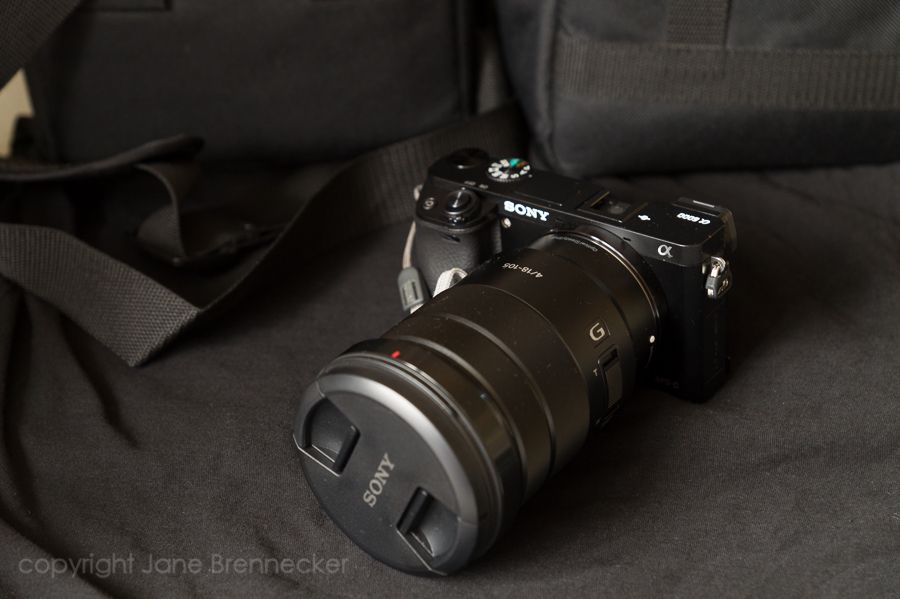 And here’s the new histogram. I was very close to having the shadows clipped here (the histogram is just about touching the left hand side). But I did want to have some true blacks in the photo, as some areas were supposed to be black and in deep shadow. 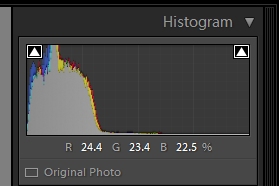 With a light scene, the opposite happens. The photo below was taken with ISO 200 at an aperture of f4 and my camera chose a shutter speed of 1/100 second (in aperture priority mode). 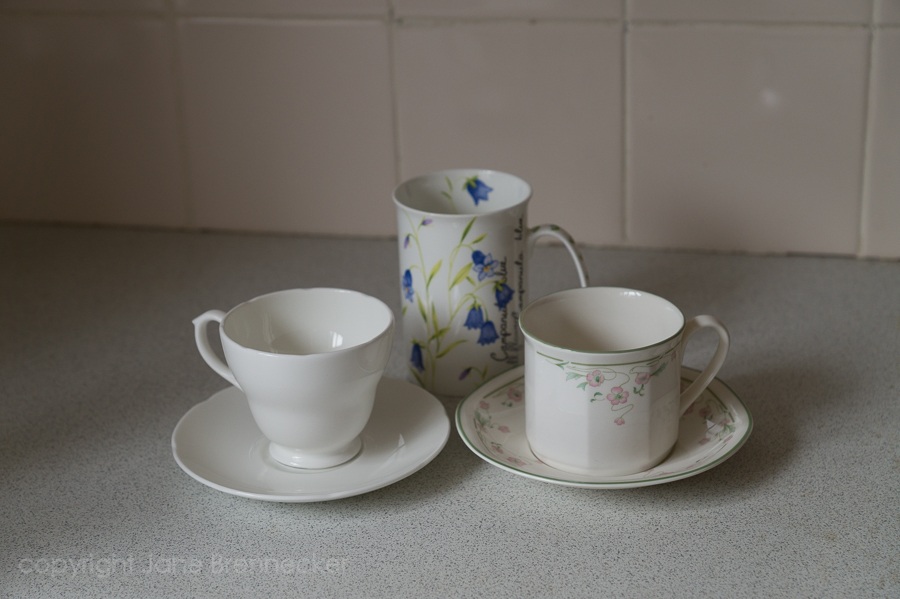 This is too dark and dingy, but the camera had no way of knowing that the cup should be white instead of grey. 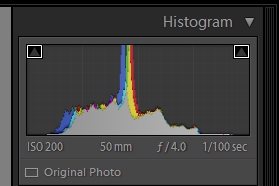 I added some positive exposure compensation, which resulted in a shutter speed of 1/40 second (i.e. the shutter stayed open for over twice as long as before, resulting in a brighter picture). 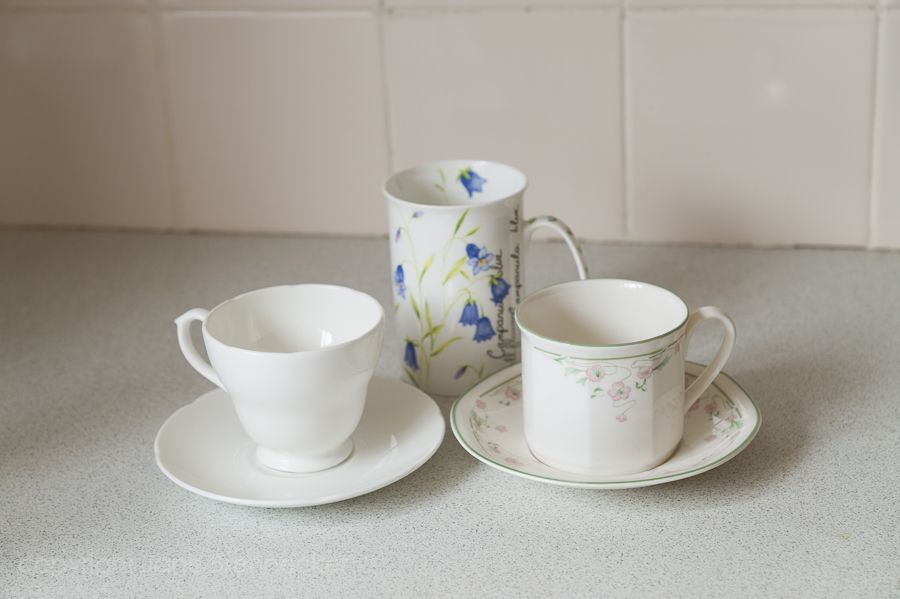 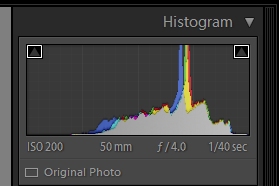 In fact, I could probably have gone a bit further, but there are some pixels here that are nearly pure white.

I have “blinkies” set on my camera, so if I go too far and reach the point where I am blowing the highlights then these areas flash. It’s hard to tell from a still photo – but the black areas in the picture below (which is a photo of the LCD screen on the back of my camera) were blinking on and off when I used 1.7 stops of positive exposure compensation. This shows that these areas were “blown” (over exposed to the point of being pure white with no detail). 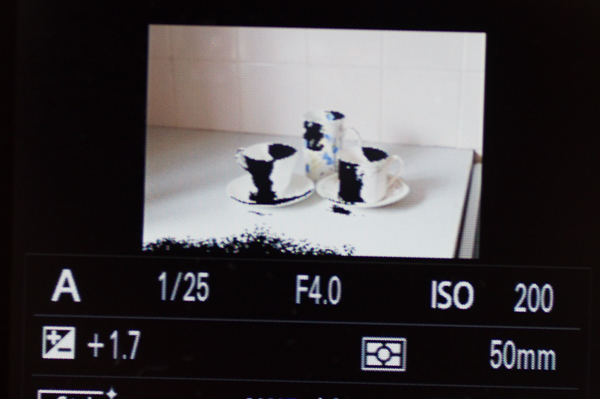 For these examples, I’ve used a DSLR camera in aperture priority mode. But if you use a simple camera, or even your phone, and you find that photos of objects on a white background look underexposed, then it’s worth seeing whether you can increase the exposure with a button or brightness setting.